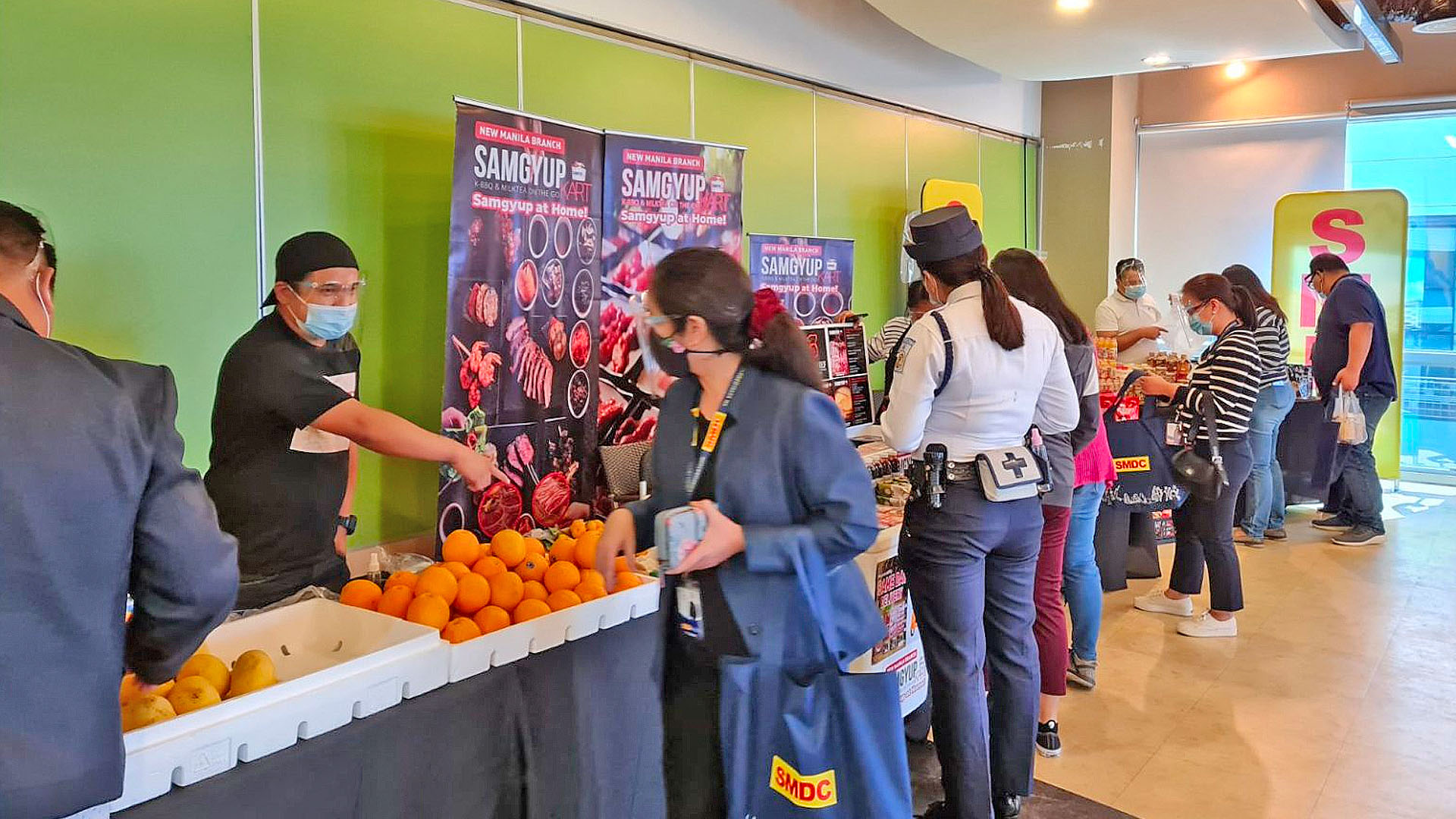 SMDC’s The Good Guys Market provides residents with a fresh start in life, as it did for one repatriated OFW

Rows of rainbow-colored fruits and lush vegetables fill up the tables in a bazaar that hopes to bring a little color to a year that has been mostly gray.

On one side of the open space are heaps of apples and oranges. On the other are the more exotic fruits such as cherries and nectarines. At SMDC’s The Good Guys Market, mounted in different properties at the end of every week, there is a shared sense of vibrancy all around.

Eight years have passed since Joel Grona left the Philippines for greener pastures in the Middle East. His is a story of the typical Filipino expat who dreams of a better life abroad and earned every bit of his progress. He rose through the ranks to become the manager of a coffee shop.

The 34-year-old was eventually joined in Dubai by his mother and siblings. A family from Pangasinan that decides on major matters together, they decided to make a family investment in Princeton Residences in order to have a place to stay whenever one of them returns home for vacation.

When the pandemic hit, the customers at the coffee shop stopped coming, the company started downsizing, and he began packing with a one-way ticket in hand.

Ripe for a return

Before he flew abroad, Grona was a fruit dealer in Binondo. It was a life that he thought was past him. But with limited options to provide for his wife and children in this time of crisis, it was an option that he had no choice but to revisit.

Grona got off to a rough start, but he was able to get started with the assistance of The Good Guys Market, which includes online training on entrepreneurship and marketing.

One of the things Grona learned in The Good Guys Market program was the value of expansion. The program allowed him to make money every weekend, but he wanted to sell during weekdays as well. He set aside capital to purchase a wooden cart or a kariton, which he stationed at a nearby high-traffic area. He also tied up with a subdivision near Princeton, where he now sells on weekends.

Grona averages sales of P300,000 a month by selling nutritious products. He has also started to market online to reach even more customers.

With his thriving business, Grona does not intend to go back to working overseas. His business not only allows him to earn the kind of income he used to have as an overseas worker; it puts him right at home with his family, friends and his Good Guys community.